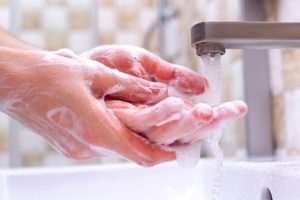 Obsessive Compulsive Disorder is an anxiety disorder that is characterized by unreasonable fears (obsessions) that cause repetitive behaviors (compulsions) that are performed with the intent to ease anxiety. It is important to understand that the sufferer of OCD often is aware of the irrationality of the behavior and thoughts; however, it is very difficult to stop because of the intense anxiety.

Although OCD can begin at any time between preschool and age 25, there are two age groups where the disorder seems to occur. The difference in age of onset and characteristics of the disorder has led researchers to distinguish between an early and late onset type.

Early onset OCD occurs most often between the ages of 10 and 12, although it can begin at younger ages. Children who develop OCD are more likely to experience a broader range of symptoms. Later onset OCD usually begins between late adolescence and age 25.

The importance of early detection and treatment

If your child or adolescent seems to be engaging in unusual ritualistic behavior or excessively worrying about contamination or germs, it is highly beneficial to get started on treatment early. Treatment for OCD can consist of medication, therapy, or a combination of both.

OCD therapy is essentially about helping the person learn to control anxiety-related thoughts and behaviors. Exposure and Response Prevention therapy is the most effective behavioral therapy for OCD and is considered to be the gold standard. The therapy approach is to essentially guide the client and support them in facing their fears. This practice is effective in controlling and reducing symptoms.

What parents need to know

Early diagnosis and treatment will reduce symptom severity and disability from the disorder. OCD can worsen over time and cause significant distress in a child or adult’s life.

As a result of the child not telling anyone, the delay between symptom onset and treatment can be years.

Get help with OCD

If you believe your child may be struggling with OCD symptoms or if they seem to generally be more worried than most kids their age, it is important to bring them in for an evaluation. Early treatment helps the child practice facing their anxieties and learn cognitive and behavioral techniques that will help them control their symptoms and take better control of their own thoughts and behavior.

Dr. Pasternak is a child, adolescent, and adult psychiatrist specializing in ADHD, anxiety, and Obsessive-Compulsive Disorder. If you would like to book an appointment, you are welcome to call or fill out the contact form and click Send.