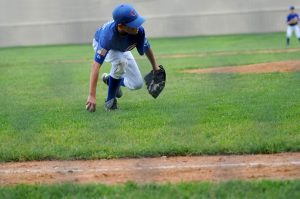 The New York Times and ADHD — Deja Vu All Over Again

For reasons known only to its editors, The New York Times has for years championed non-medication approaches to ADHD. For a recent example of this, see Dr. Richard Friedman’s article “A Natural Fix For ADHD.” The title alone gives you a pretty good of idea of The Times’ slant on the matter.

Dr. Friedman, a distinguished psychiatrist and psychopharmacologist at Weill Cornell School of Medicine, describes a patient with ADHD who struggles at a routine desk job. When this individual quits his job and joins a start-up company, he thrives in the more active stimulating environment and his ADHD symptoms no longer cause much of a problem.

There’s certainly some science behind this. It is thought that a specific genetic variant of the dopamine receptor DRD4 is associated with yearning for novelty and with being less able to tolerate routine. In addition, research conducted at the National Institute on Drug Abuse (NIDA) shows that people suffering from ADHD have fewer dopamine receptors in the reward circuits of their brains compared to non-ADHD controls.

But let’s get back to Dr. Friedman’s main idea:

What’s the best way to treat ADHD?
I think Dr. Friedman and The New York Times do people with ADHD a disservice by suggesting that the “natural fix” of switching to a less routine job “cures” ADHD.

The truth is that all jobs involve some tasks that are more interesting than others. As a child, adolescent, and adult psychiatrist who treats many people with this condition, I’ve heard too many stories of creative individuals who falter in their careers due to not being able to get their billing or other paperwork done.

In fact, one wonderful thing about medications for ADHD is that unlike many other psychotropics, they can be taken as-needed. The analogy might be made to reading glasses. Most immediate-release preparations of methylphenidate (Ritalin), for example, give about 2-3 hours of effective help.

What if we just medicate ADHD in some situations, but not in others? I’ve had patients report that they only needed a short burst of Ritalin to get started in the library, and after that their natural interest in whatever they were working on kicks in.

One patient, a surgeon, has no need for ADHD medications when he’s operating. It’s exciting, and there’s enough risk to keep his brain awash in dopamine. But during office hours, it’s a different matter. A little Adderall helps both him and his patients.

I’m not going to tell my ADHD clients that they should consider a career in party planning or professional hockey. There’s creativity and boredom in almost every job. To paraphrase Ecclesiastes, there’s a time for medical treatment and a time for career counseling.

A good psychiatrist should be able to do both.

If you think that you or a loved one may have ADHD, it is important to get a professional evaluation. To arrange an appointment with Dr. Pasternak today, contact him by calling or fill out the contact form and click send.