I specialize in the treatment of ADHD across the entire lifespan. As a child, adolescent and adult psychiatrist, I am familiar with how symptoms present in all ages.

For years it was thought that ADHD is primarily a childhood disorder and that children grow out of it over time. The hyperactivity seen in ADHD children tends to decrease over time. However, for many, the inattentive and impulsive symptoms of ADHD remain and may persist through adulthood. 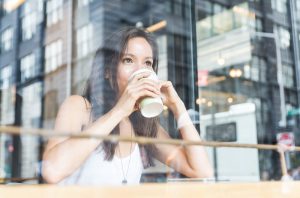 The older diagnostic criteria for ADHD required the presence of symptoms by the age of seven. Today it is recognized that many people don’t manifest symptoms until much later.

Isn’t ADHD supposed to be controversial?

As a psychiatrist who specializes in ADHD, it’s always jarring to me when I hear people talking about the so-called “controversy” or “myth” of ADHD. In fact, ADHD is one of the most well-established and well-studied conditions in psychiatry.

It also one of the most treatable conditions. For many, having their ADHD finally recognized and treated can be life-changing.

Here is an example of a typical client:

James (fictional name) was repeatedly passed over for promotions at work because his firm felt he did not have a strong sense of responsibility. He often handed in work product late and didn’t answer phone calls and emails. 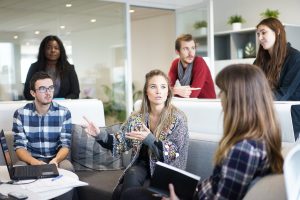 When I saw James in the office, it was clear that he had major problems with organization, and that these problems had been with him since childhood. He learned to think of himself as someone who would always be a disappointment to others.

James was surprised to learn that his symptoms were typical of someone with ADHD and that they were treatable. With a long-acting medicated stimulant plus special coaching, he quickly became one of the most valuable employees at his firm and began to be recognized for his talents and abilities.

When is it ADHD, and when is it something else? 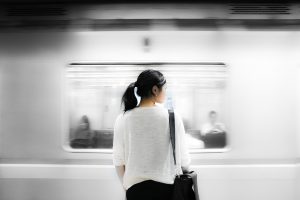 An inability to focus and concentrate is seen in many people who suffer from depression and anxiety. Untreated ADHD can also lead to anxiety and depression.

This is why it is crucial to have a thorough psychiatric evaluation by a physician, preferably a child psychiatrist. Child psychiatrists are the most highly trained and experienced in diagnosing and treating ADHD. They can truly tease apart what is ADHD and what might be something else.

Is it possible for ADHD to first appear in adulthood?

I see many patients in my practice who have never been diagnosed with ADHD until adulthood. They tell me that they always struggled academically but were mistaken for being lazy and unmotivated. 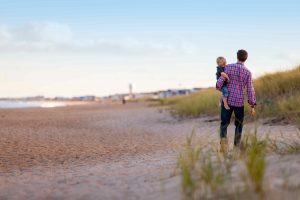 Just as anxiety and depression can appear for the first time in adulthood, so can ADHD.

However, when I take a thorough history of their symptoms it’s apparent that they have suffered from ADHD for a long time. They feel great relief in finally having their ADHD recognized and treated after all these years.

Some patients I see with adult ADHD did very well academically in high school and college, despite not being able to focus or concentrate. I’ve treated many individuals who graduated from top-ranked universities and managed by sheer hard work to compensate for attention problems. Some patients tell me that they chose courses and majors that they were very interested in, and that did not require them to focus for extended periods of time.

However, once they reach graduate school they begin to struggle for the first time in their lives. Their previous compensatory strategy of choosing their class work and major is no longer an option. And sheer hard work no longer does the trick.

When I take an extensive history I find that many of these individuals have suffered from ADHD throughout their life, but were never diagnosed because they always did well in school.

So just because you may have been a great student when you were a kid and were never told that you had ADHD, doesn’t mean that you don’t have it. As you can see, ADHD for one reason or another can rear its head for the first time in adulthood.

What is the treatment for adult ADHD? 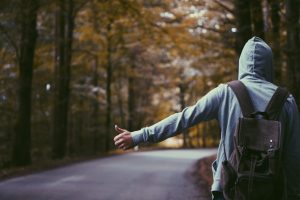 Although various different non-pharmacological treatments are offered and advertised to treat ADHD, psychostimulants such as Ritalin or Adderall have been shown time and time again by evidence-based research to be the most effective form of treatment.

The good news about psychostimulants is that they work right away, and unlike other psychiatric medications, they don’t have to be taken regularly in order to take effect.

Today we have many different formulations of psychostimulants with unique delivery systems. Some choose to take long-acting psychostimulants such as Vyvanse which can last up to 12 hours and cover them for the entire day.

Others prefer to use the immediate release formulation of Ritalin or Adderall which tend to last 3-4 hours. Many adults prefer this option because it gives them more control over when they need the medication to be effective.

Insomnia and decreased appetite remain two of the more common complaints from patients. For some, these side effects go away over time. Others find that a simple dose adjustment is all that is needed.

For those who don’t respond well to stimulants, there is also a non-stimulant medication option such as Strattera which have been shown to be very effective. Strattera, unlike the psychostimulants, needs to be taken daily and can take up to 4-6 weeks to take effect.

For more information about psychostimulants please check out the Child Psychiatry page.

Dr. Pasternak is a child, adolescent, and adult psychiatrist specializing in ADHD, anxiety, and OCD. If you would like to book an appointment in Manhattan or Englewood, you are welcome to call or fill out the contact form and click Send.